Luca Rossi is an independent author for which anyone can be “Luca Rossi”. In this way everyone is stimulated to a new sense of opportunity and responsibility. Luca Rossi started the blog Whitehouse as a platform for art criticism, information, and art-related projects in 2009. A better synthesis of the blog could be found on : www.lucarossilab.it. Major representatives of the art world have participated in the blog, contributing to its popularity. Luca Rossi has written in social networks and specialized magazines like “Flash Art”, Artribune.com, and Exibart.com with lucid criticism and originality.
Luca Rossi was defined “the most interesting personality” in Italy by Fabio Cavallucci,and “the new Vanessa Beecroft” by Giacinto Di Pietrantonio. In 2011 Alfredo Cramerotti (curator of “Manifesta” and Museum Director Mostyn, Wales) wrote: “To be honest, I’m not Roberta (a 2011 project by Luca Rossi) made me think more than dozens of other projects I have seen “live”. ALL PROJECTS >>> http://lucarossilab.it/lr-2009-2019/ 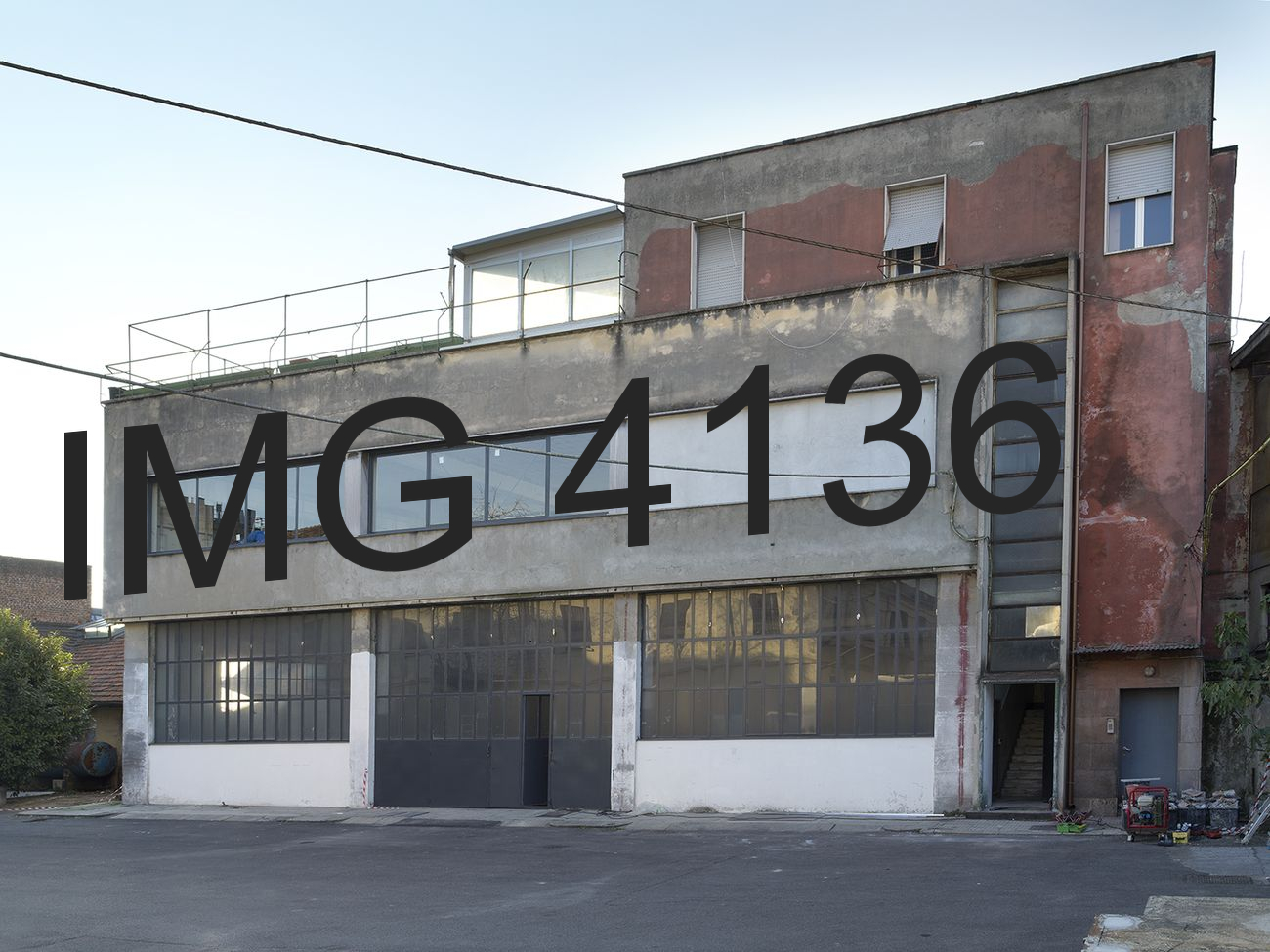 If You Don’t Understand Something Search For It On YouTube
iron letters 20x5 m, ICA, Milan 2019.

The large installation on the facade of the ICA presents one of the acronyms that are given as a title to millions of videos that are uploaded every day on YouTube: IMG 0001, IMG 0002, IMG0003, and so on. The work represents a resistance and an antibody with respect to the algorithm that wants us to propose only contents that are equal to ourselves. From a conventional sculptural dimension, work opens up to many constantly growing micro-universes. "Amateur videos" that present an unstable everyday to look with new eyes. The work will always be the same and every day, every year, different. 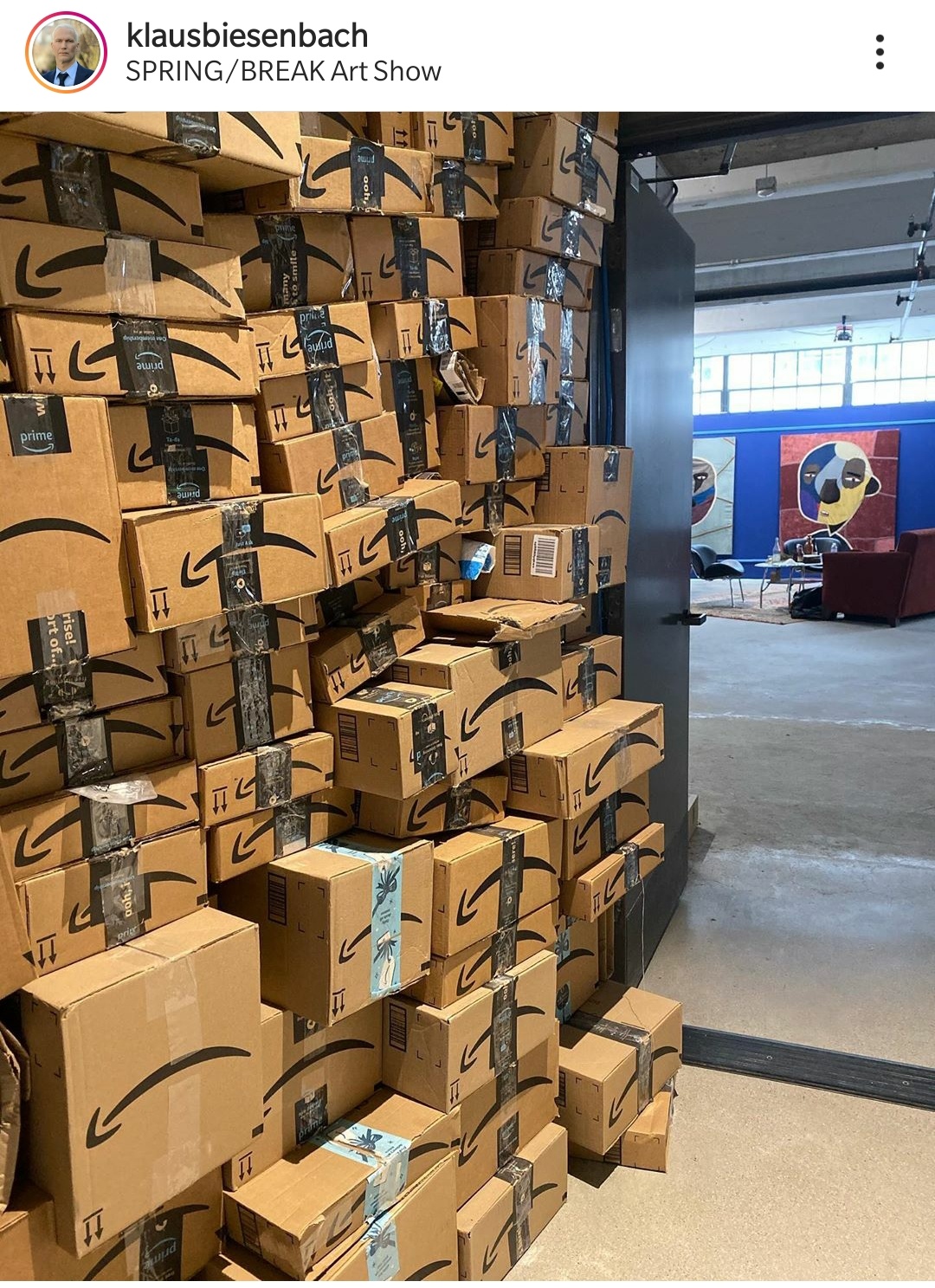 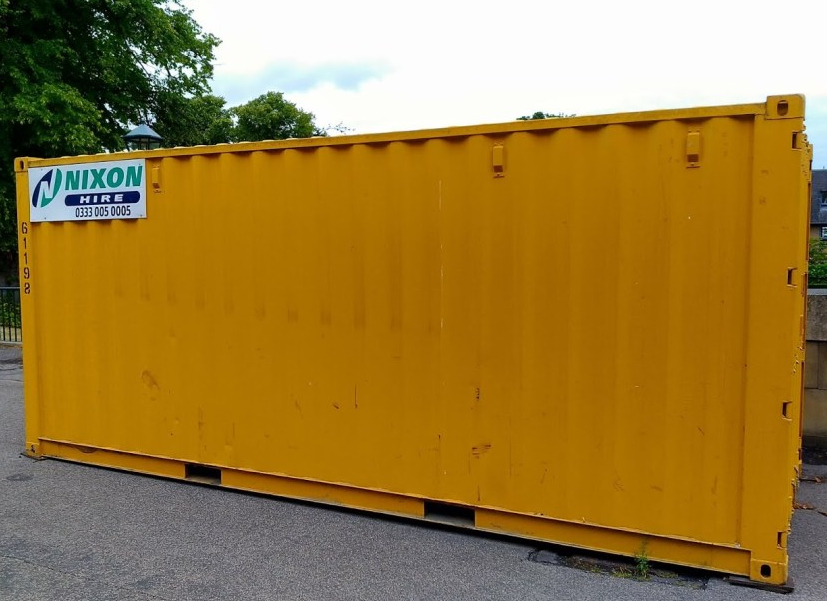 “Fake news” is a yellow container positioned outside the ICA in Milan. We can not say whether it is or is not a work of art. We should open it. But we can not. The caption can not disappoint us: it contains 7800 packages of Amazon and 7800 artworks. Even a fake news, at the bottom, is a news if we do not have the ability to manage information and make the differences between “what is true” and “what is not true”.


And even if the container is open, the problem arises of how to experience 7800 packages and 7800 artworkst. 15,600 things to manage. 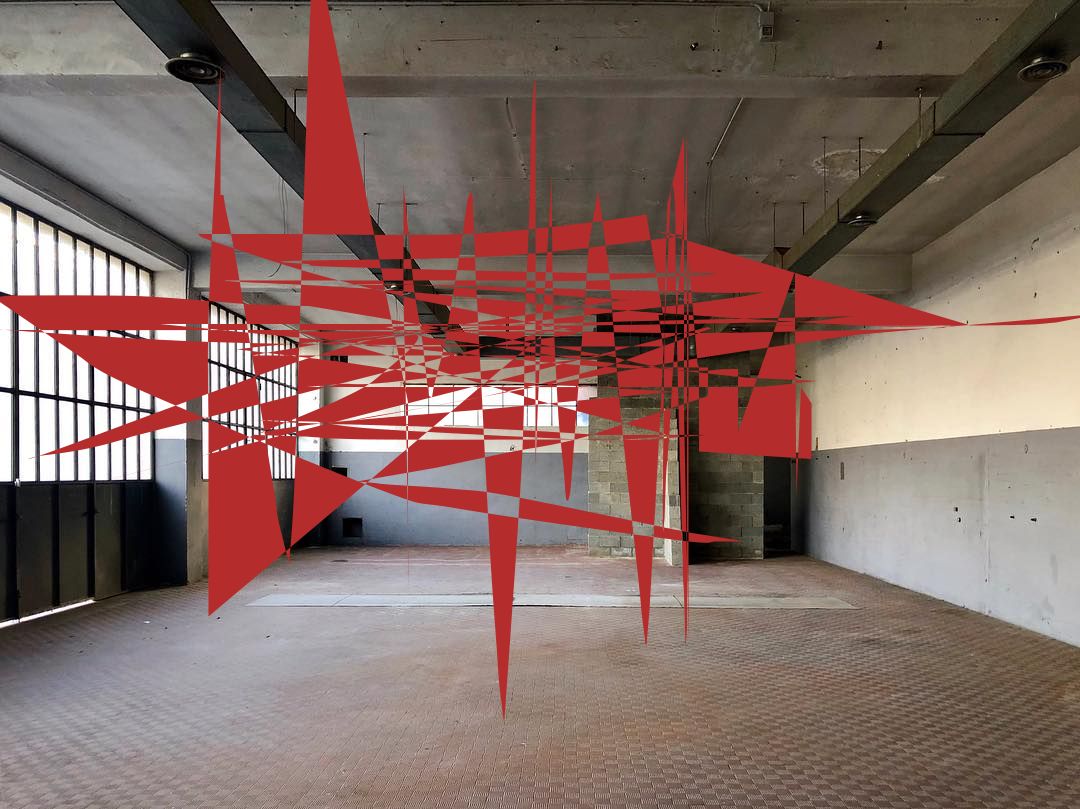 Sculpture in the entrance in the same place, in the same time. By the fingertips of the left hand


The fingertips are extremely used in recent years. At the same time they represent the connection and disconnection from the world, from what we call "real". With the fingertips of the fingers we can feel things, but also surf with smartphones and computers. At the same time they are the tools of the first artistic manifestations of humanity, and today, on the tactile mouse of Apple, they seem to travel and feel "our cave", the membrane of our private dimension.

The great sculptures you see are just installed in this private space, which today is also the only remaining political space. In fact the modern states, in recent years, can only adopt flotation policies, while the decision we take in our private dimension is 10 or 20 times that of a Head of State. 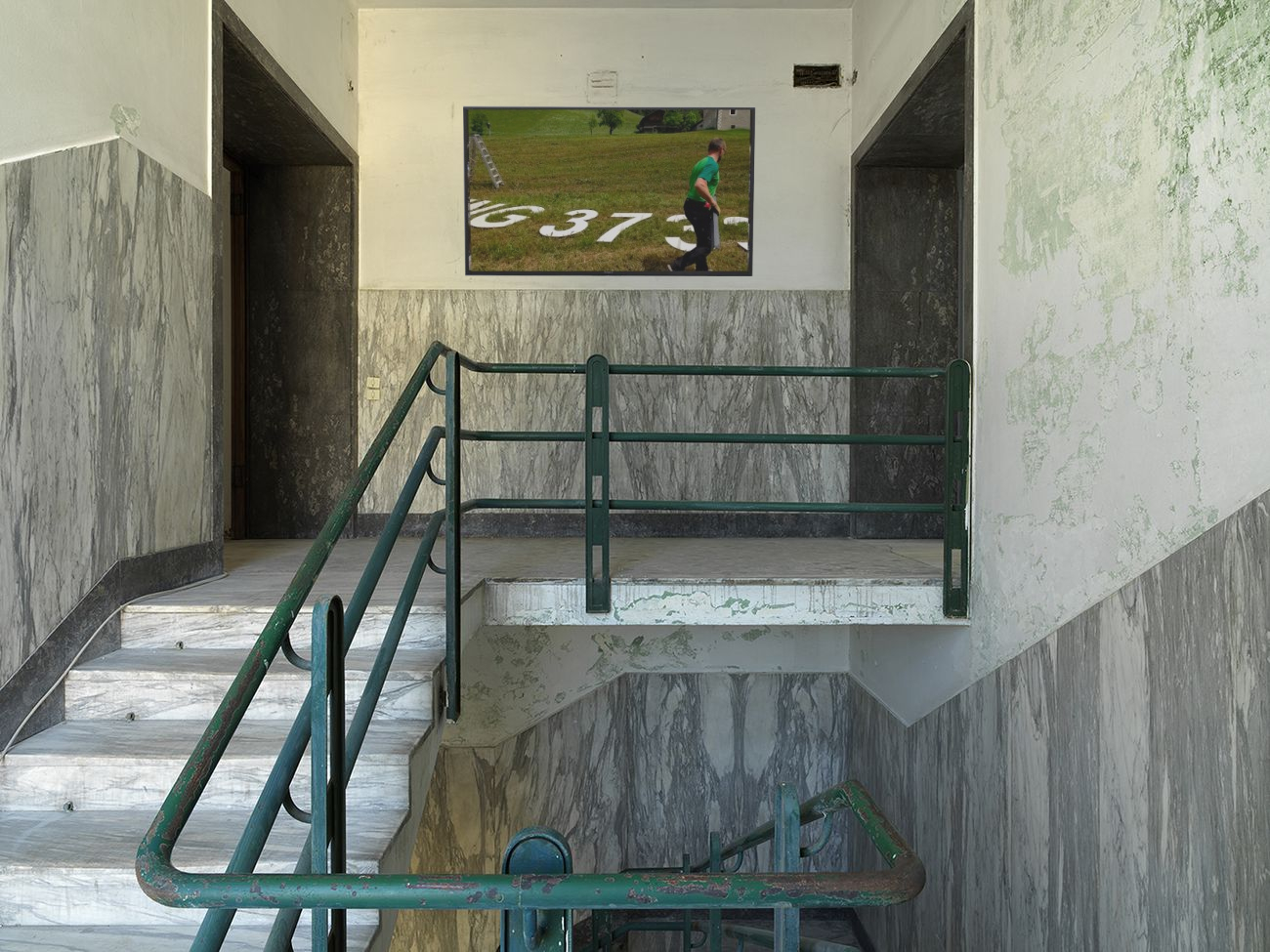 
The first video inside ICA represents a real and analogical (photo) montage of a work installed in the Dolomites. 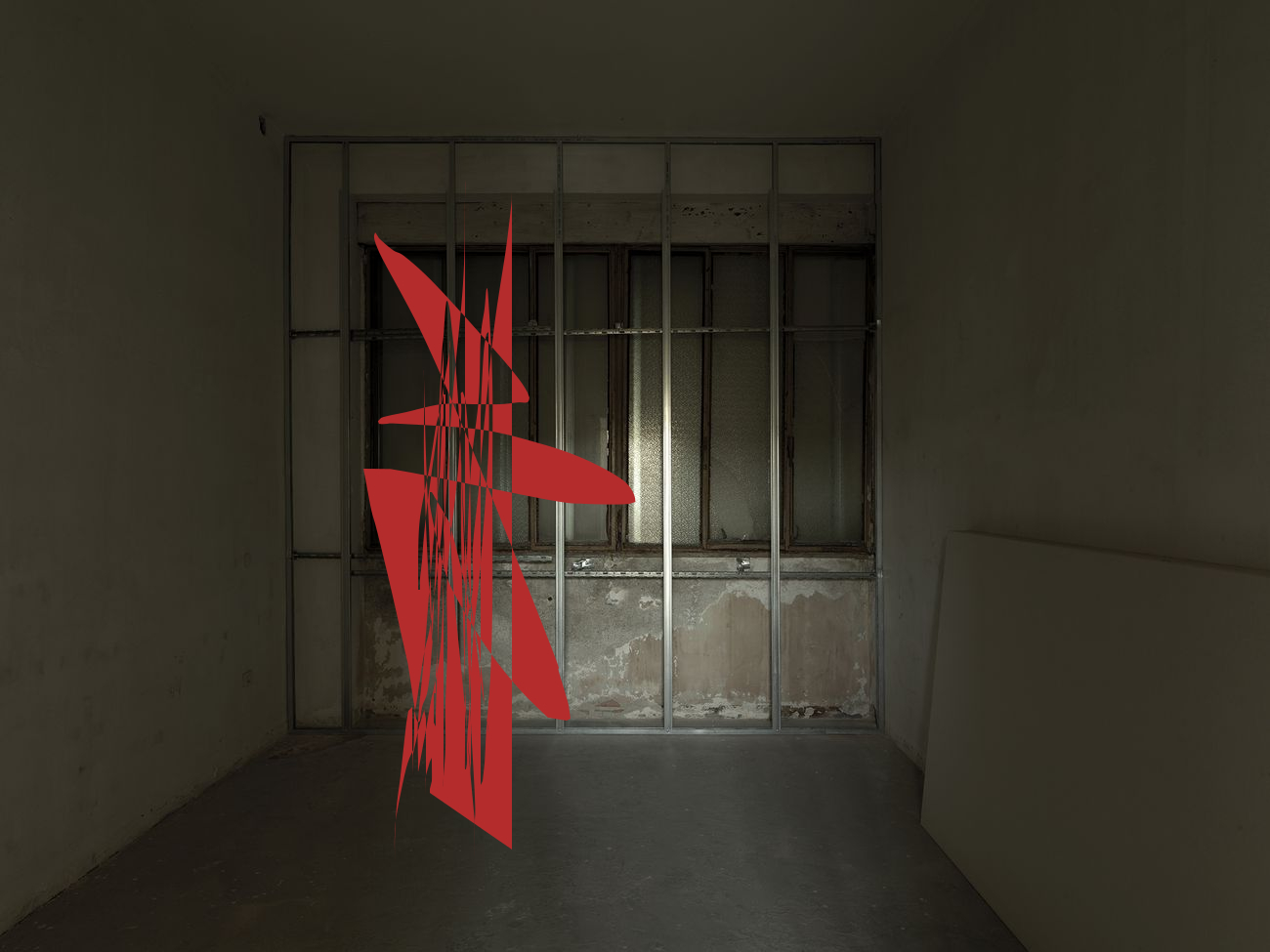 By the fingertips of the left hand 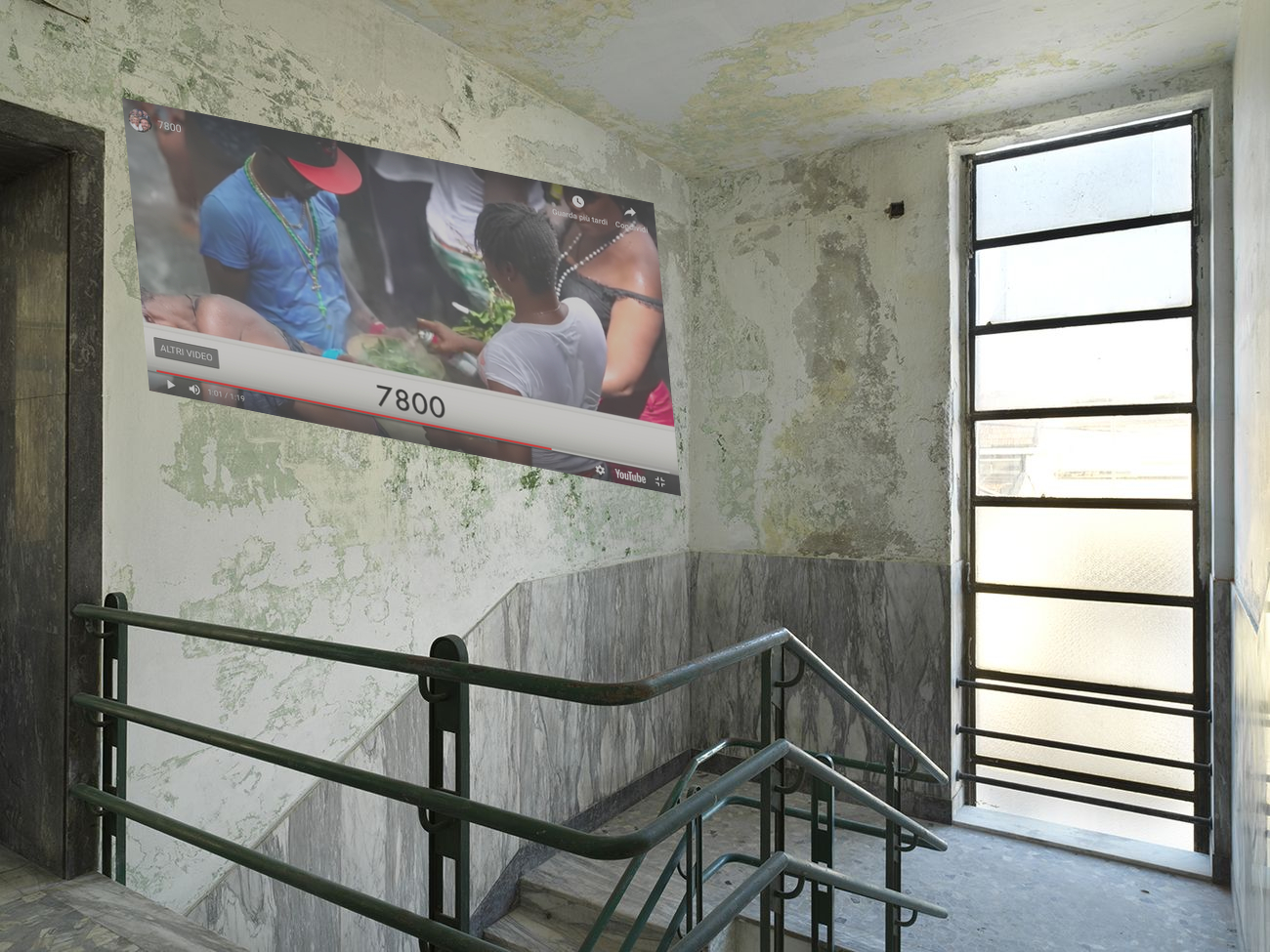 
video documentation about a traveling action in the woods of Trentino, ICA, Milan 2019. 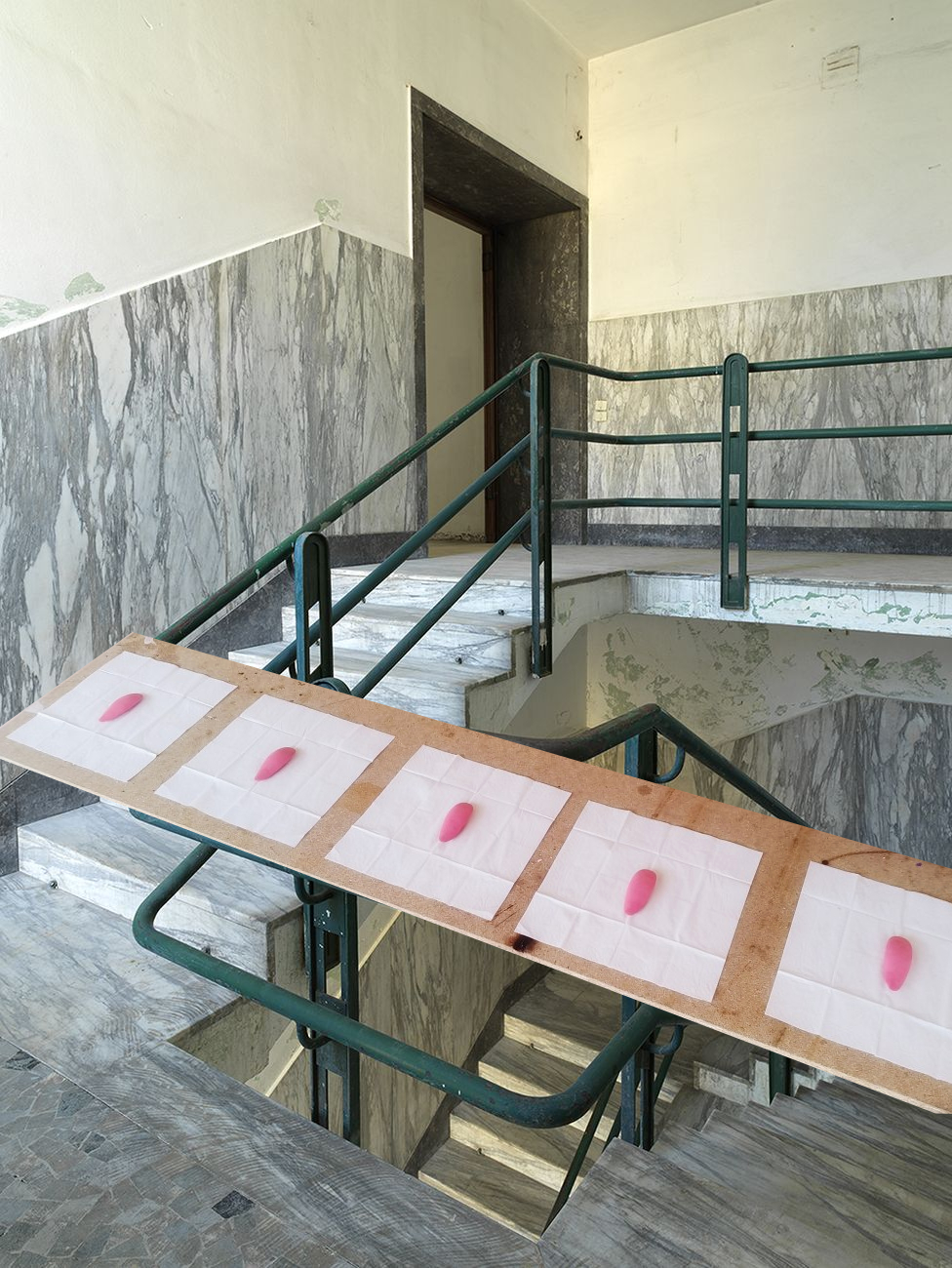 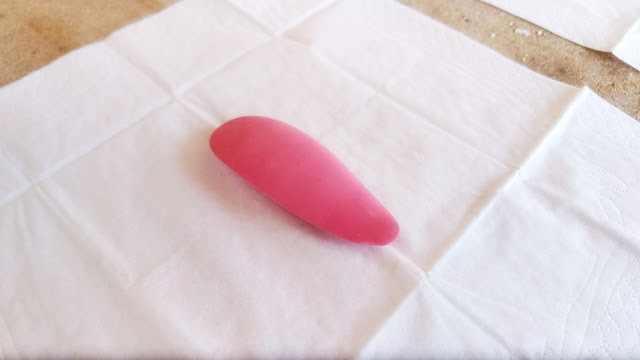 The Tongues ​​of Luca Rossi


Cutting the tongue means something. It means that you have talked too much.

With the growth of social networks and digital communication there is no perception of the truth, that is systematically manipulated, but anyone can express opinions about everything. How to make the differences?

Gilles Deleuze said that we do not need to express ourselves, we do it too much, we instead need interstices of solitude and silence to finally say something true. What's true? Here, art can become a gym and a laboratory where we can train and experience our ability to see.

Here, the silence, the tongues ​​cut off. Tongues, made with eraser, represent a relic of our time. The sacrifice of the artist, commonly understood, that in front of an uncontrolled production of contents must necessarily take a step backwards. "Taking a step back" does NOT mean "do not" but "do it in a different way".

The languages ​​you see carry with them the silence that surrounds them. 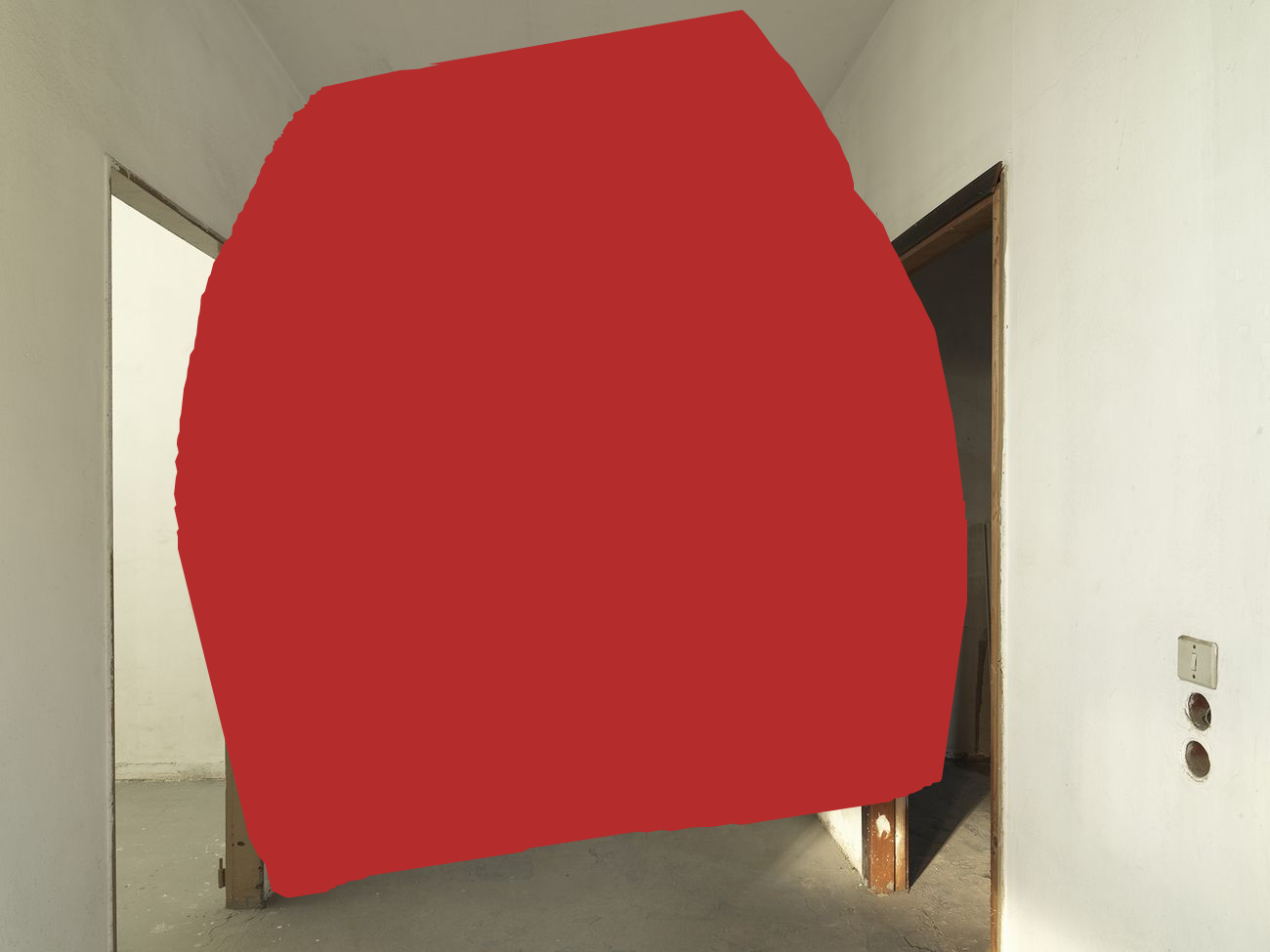 “Rather than suffering or resist it by inertia, global capitalism seems to have made own flows, speed, nomadism? So we have to be even more mobile. Do not force us, and force us to greet the stagnation as an ideal. Is the world imaginary dominated by flexibility? We invent new meanings for it, inoculate the long term and the extreme slowness in the heart of the speed rather than oppose it rigid and nostalgic postures. The strength of this style of thought lies in operational protocols: to develop a nomadic thought that organizes itself in terms of circuits and experiments, and no permanent installation. We have to oppose to the precarious experience a resolutely precarious thought that fits and infiltrates in the same networks that suffocate us.”
Nicolas Bourriaud

> CRITICISM, THE FIGHT, THE FUTURE: LUCA ROSSI
In the Italian contemporary art scene there is a figure of considerable interest. Luca Rossi–artist/ collective, critic, curator, and blogger–is a controversial personality who works in anonymity, as some kind of Anonymous of the Art System. In Luca Rossi’s philosophy, the ego no longer exists because anyone can be Luca Rossi, at the same time that the “critical process”, the virtual space of the Internet, and the real context no longer have boundaries and blend into one. Scroll down this page.
Today individuals experience a sort of “non-experience” in the sense that they spend most of their time surfing the “network”, producing a “new memory-without memory” or a “passive and a-critical assimilation” into the system. Luca Rossi knows this well. He constantly reminds us of the history of art and ideas, of our past, of what it means to be critical and active, struggling to preserve one’s own authenticity and originality in the great McDonald that is our contemporary world.
Many curators and artists, both in Italy and Europe, have been following Luca’s work with great excitement. By now Luca is considered the only critical voice that “stands out” in the current Italian landscape.
It is worrisome that Luca’s work has yet to be recognized by institutions and organizations, despite receiving the acknowledgement of the public and many curators and artists. This says a lot about what the value that the Italian system places on the “real artist”. The Italian contemporary landscape has been dragging itself down for more than 10 years, producing artists who “copy and paste”, endless repetitions of projects signed by the same names, and decreeing the end of contemporary art.

Who is Luca Rossi?

Luca Rossi started the blog Whitehouse as a platform for art criticism, information, and art-related projects in 2009. Major representatives of the art world have participated in the blog, contributing to its popularity. Luca Rossi has written in social networks and specialized magazines like “Flash Art”, Artribune.com, and Exibart.com with lucid criticism and originality. Luca Rossi was defined “the most interesting personality” in Italy by Fabio Cavallucci, Director of Museo Pecci in Prato (Exibart.com, 2010), and “the new Vanessa Beecroft” by Giacinto Di Pietrantonio, Director of GAMeC Museum (Artribune.com, 2013). In 2011 Alfredo Cramerotti (curator of “Manifesta” and Museum Director Mostyn, Wales) wrote: “To be honest, I’m not Roberta (a 2011 project by Luca Rossi) made me think more than dozens of other projects I have seen.”