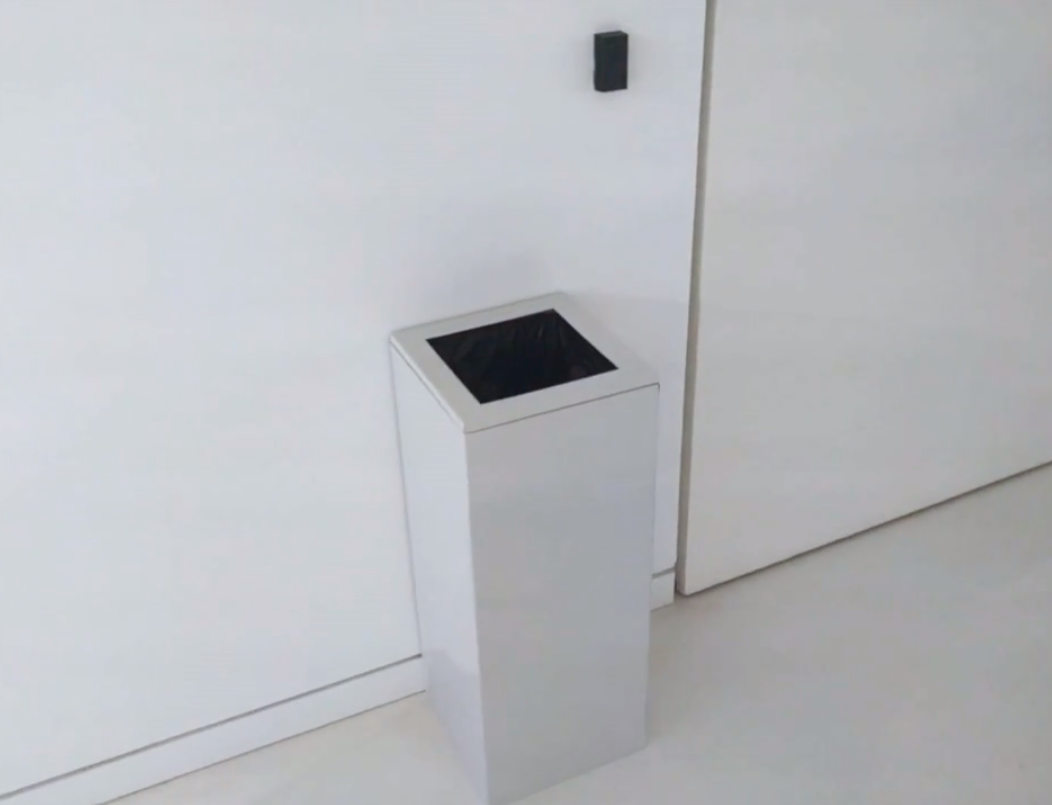 Creative gesture as an act of resistance
garbage can, an indicator light, MAAT Lisbon 2017.
The artwork comes from a "pure" sensitivity and from the position of a simple visitor. The indicator light, near the garbage can, seems to question both the value of the object and the need for its elimination or conservation. In other words, it seems to question our critical sense in eliminating something or not, from our pocket as well as from our head.
Inside the MAAT in Lisbon (Museum of Art, Architecture and Technology) Malevich's painting becomes, in three dimensions, a garbage can. The bin, which can always be loaded and downloaded, contains people's waste, that is, those objects that perhaps represent, in the minds of visitors, the "zero" degree of "work of art".
Malevich's supremacism saw in the total questioning of the object a real political and social utopia. After 100 years, the nature of the object, like the work of art, experiences a fibrillation between direct experience and imagination, mediated experience and real objects.
Throwing something away, after all, is the opposite of posting content on Facebook. But the result is the same, a kind of emptiness. As if a hundred people were talking together in a small room: everyone expresses themselves but no one can understand anything. The contemporary world forces us to express ourselves in order to exist, but this freedom of expression is only an illusion that is equivalent to a dictatorship where it is not possible to express oneself and where social networks let the energies that could be used to change reality vent on the keyboard.
Therefore, the creative gesture today is necessarily a gesture of resistance to expression.
The definition of the creative gesture, given by Gilles Deleuze and then completed by Giogrio Agamben, sees the work of art as the "result" of an act of resistance that the artist makes towards himself. If anyone can be Luca Rossi, anyone can hold back and resist Luca Rossi. In the work of art, as in life, the "fact" and the "not done" have value, what we discard and throw in the trash.
Kazimir Malevic wrote "Inactivity as the effective truth of man", in which, against the tradition that sees work as the realization of man, inactivity asserts itself as the "highest form of humanity". Luca Rossi's work at the MAAT in Lisbon, within the Utopia / Dystopia exhibition ", arises precisely from a state of inactivity, or rather, from a different" critical sense "towards reality. Contemplation and inactivity are the metaphysical operators of anthropogenesis, which, freeing the living man from every biological or social destiny and from every predetermined task, make him available for that particular absence of work that we are used to calling "politics" and "art" .